Official audio for “This Wheel’s On Fire” by Kylie for ‘Absolutely Fabulous: The Movie Soundtrack’. Out 1st July 2016.
Pre-order now and download Kylie’s track instantly: http://smarturl.it/Kylie-TWOF

The latest Absolutely Fabulous trailer was released on April 27th

A cinema remake of the classic sitcom Dad’s Army (1968). The Walmington-on-Sea Home Guard platoon deal with a visiting female journalist and a German spy as World War II draws to its conclusion.

A man forms an unexpected bond with a transient woman living in her car that’s parked in his driveway.

The mixed race daughter of a Royal Navy Admiral is raised by her aristocratic great-uncle in 18th century England.

An elderly Margaret Thatcher talks to the imagined presence of her recently deceased husband as she struggles to come to terms with his death while scenes from her past life, from girlhood to British prime minister, intervene.

An unruly class of gifted and charming teenage boys are taught by two eccentric and innovative teachers, as their headmaster pushes for them all to get accepted into Oxford or Cambridge.Nominated for 2 BAFTA Film Awards.

A biography of Ian Dury who was stricken with polio at a young age and defied expectations by becoming one of the founder of the punk-rock scene in Britain in the 1970s.

The comedy follows Sam, as her life is turned upside down on a big night out. When reunited with her old college friends, Sam is forced to re-evaluate her life and constructs an elaborate façade in order to convince herself and her friends that she has it all. But once her dysfunctional yet devoted trio of best mates intervene, her carefully crafted charade begins to crumble amidst the shots, cigarettes, ciders and toilet transgressions. Faced with some very harsh realities, Sam must struggle to remain true to herself and reassess exactly what she wants from life.

A day in the life of a group of troubled 15-year-olds growing up in west London.

Six years after he was convicted for killing Trife, Sam Peel is released from jail. After returning home and finding no one in, Sam visits Trife’s grave and is confronted by a man who tries to stab him. Sam is able to overpower him, but receives a stab wound in the shoulder. The man tells him that someone is coming for him, and his family. Sam looks up all the people he knew before he went inside and first goes to see Claire who is now with a new boyfriend, Hayden (Danny Dyer).

Claire is not happy to see Sam but tells him that Moony goes to Central University. Sam is confronted by Hayden for the abuse he gave Claire when they were younger. The movie then turns to Jay, after the death of Trife. Jay has gone on a downward spiral and is now dealing drugs and suffering from violent outbursts. Sam seeks out Moony who is not pleased to see him and tells him he doesn’t know who is after him but he deserves all that he gets. After following a trail of information leading him from one old face to the next, Sam befriends Lexi, a local drug addict. Their friendship grows closer as she aids Sam in finding those that seek out his family. Meanwhile both Jay and a group of young youths (one of which being rapper Plan B) hunt down Sam for revenge over the tragedy occurring 6 years prior. As Sam’s desperation grows, it is unclear whether he will be able to protect his family and whether he will find who he is looking for before he is found by those looking for him.

Journalist Floyd from US, Michael Henderson from UK and their teams meet the beginning of Bosnian war in Sarajevo. During their reports they find an orphanage run by devoted Mrs. Savic near the front line. Henderson gets so involved in kids’ problems that he decides to take on the children, Emira, illegally back to England. He is assisted by American aid worker Nina.

A schizophrenic causes havoc in his brother’s restaurant.

Ethics, being human and the soul come to the fore when a 7-year old finds a bag of Pounds just days before the currency is switched to Euros and learns what we are really made of.

An 11-year-old boy’s amazing ability to break wind leads him first to fame and then to death row, before it helps him to fulfill his ambition of becoming an astronaut.

An average, calm mid-20s girl named Veronica restarts her dead dating life all of the sudden, but with two guys: a sensitive failed writer named Abel and an airheaded drummer named Zed. At first she despairs. Then she finds a way to date both without their finding out. Then she tells both about it. Then Abel and Zed meet each other, and, after much initial conflict, they wind up living together and evolve into a very odd yet happy threesome. However, as time goes by Veronica starts growing apart from them, while Abel and Zed become brother-like (and kid-like). So when a director starts courting a pregnant Veronica, strains ensue. Will Abel and Zed be able to grow up and save the day?…

After a friend overdoses, Spoon and Stretch decide to kick their drug habits and attempt to enroll in a government detox program. Their efforts are hampered by seemingly endless red tape, as they are shuffled from one office to another while being chased by drug dealers and the police.

After her father suffers a stroke, his daughter is forced to take care of him.

In Texas in the late ’60s, the Whit family meets for the funeral of grandfather Sparta. This, however, is no normal funeral, and the Whits are no normal family. Young L’il Sparta spies on the corpse and sees his grandmother involved in macabre and sinister rituals. His parents go and collect Aunt Miranda from the rest home where she has been locked away because of her part in a family scandal, while the tension between father and uncle over money matters is sky-high. In the stables, the camel belonging to the deceased has an attack of nerves, and after he’s been calmed down, the child meets the grandfather’s ghost who recounts all the family tales. 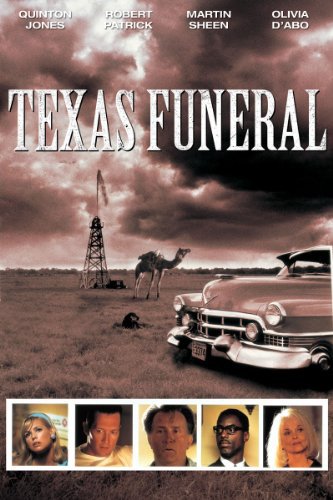